Some estimate that 4 out of 5 computer users have experienced data loss. In most cases one would connect their external drive, prepare to find their data, and nothing happens. Your drive isn’t working and you may think the data is lost. Before you panic, assuming your drive is an actual hard disk, there are several things you can try before calling in the professionals.
Data loss can be due to a number of factors. In 70 % of cases it is a human error. But there are two other common causes. 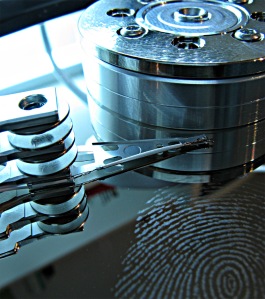 The first and easiest to resolve are software related issue. For example, you’ve accidentally deleted an important file or folder and emptied the recycle bin or formatted the wrong drive by mistake.

The common cause of data loss is a fault with the drive itself. Modern hard disks are very complex and originally design almost 70 years ago. So it is no wonder that something could go wrong. When the hard disk suffers from some form of failure professional data recovery services are usually required. However, in some cases you can attempt to resolve it yourself.

How to Recover Your Data with Software
When dealing with a software data loss, keep in mind not to work with the drive which has issues! Your operating system is reading and writing to drive(s) constantly, whether you’re actively doing something or not. In a situation when your system sees the deleted data as free space it will overwrite this areas and you will loose your chances for recovery.
Making a clone of the drive you lost data from is highly recommended. There are many ways to clone the drive, some easier and quicker than others. You should try different programs for cloning and recovery as well, both free and paid-for packages are available for different platforms and easy to download with a basic Google search.

How to Recover Your Data with Hardware
Let me throw out a few examples here. Your machine can see the hard disk but just hangs when you try to access it or the hard disk is not detected by your machine at all. In some cases the disk may be completely dead and won’t even begin to spin! In order to determine which disk component has a failure we will have to get familar with its components first.
Every hard disk has two major parts clearly visible no matter the make; the printed circuit board (PCB) attached to the bottom and an enclosed, slightly heavy, metal/alloy type case or chamber.

The PCB contains the main disk controller along with many other electronic components responsible for the disk’s basic operation and communication to the motherboard and the operating system in general. The hard disk chamber contains a spindle motor, one or several thin circular platters and a magnetic head assembly. The motor spins platters several thousand rotations per minute. The platters themselves are light and coated with a magnetic layer and actually store your data which is written and read by head(s) mounted on the far end of the actuator arm. On modern hard disks heads are flying over the platters just nanometers away from its surface. In the event that one or several heads touch the platter while it is spinning the data could be lost forever.
In addition there is a hidden part inprinted to both PCB and disk platters, the hard disk firmware. Think of this as the operating system to your drive only. It is very complex by design and in most cases unique to that disk only!

Now let’s take a look at some common failures and symptoms one might experience. Then, determine which component could be causing the problem and try to have our data recovered..DIY style.

Disk Is Detected, but Hangs When You Try to Access It
In most cases this means that the magnetic media is degraded. Long story short, the disk has several bad sectors that the drive is trying to read, failing to do so, and hanging. This is a very common issue that occurs over time and can be worked around, but only with professional data recovery equipment. You can look at the SMART value and notice a large amount of reallocated sectors. If you want to do it yourself and work around bad zones and limits from BIOS on your motherboard try a free Linux application called dd_rescue. However, we strongly recommend you call in a professionals.

Your Disk Is Not Detected And Makes a Beeping Sound
The beeping sounds you are hearing are the spindle motor trying to spin the drive up and failing to do so. This is caused by one of two things, both are serious mechanical failures. The most common is what’s known as stiction. The heads of your drive park either in the center or on a ramp at the edge of the drive when not in use. Remember, the heads don’t make contact with the data area of the platters, they fly just above. Sometimes, the heads can fail to park properly and the platters stop spinning with the heads still over the data area. Because of the extremely smooth surfaces of both the platters and heads, they literally stick to each other.
The other cause could be seizure of the motor spindle. This is the spindle around which the platters rotate. It can become seized if the drive suffers a hard knock or drop. It’s not a particularly common fault, except for Seagate drives as they have a particularly fragile spindle. There are several ways to resolve these issues and all of them require professional attention and are therefore out of the scope of this article.

Your Disk Is Detected as the Wrong Capacity
In almost all cases this indicates a problem with some area of the firmware. If you have a Seagate 7200.11 drive with firmware version SD15 an issue is well known as the BSY bug. Googling this can provide a wealth of info and a DIY solution for this particular problem. However, with today’s disks there is nothing that the end user can do but to send your drive in for professional help.

Your Disk Is dead
In this case you’ll have a relatively good chance of resurrecting your drive. If the hard disk does absolutely nothing when you apply power to it, in 99% of cases it is a PCB problem. If your drive is an older model (usually less than 40 GB ), you can search for a matching PCB from another disk. However, on newer hard disks the design has changed and each disk now contains a microcode unique to the disk’s to which it’s attached. Therefore, swapping the PCB with an equvalent model has almost no chance of working and in some cases could cause more damage to your disk.
Hard disk PCBs often have a protective diode which acts as fuse. If you accidentally plug into the wrong power adapter of your external drive, or you experience a power surge the TVS diode will go bad. If the shorted diode is the only component that is bad and the rest of the components are still good then simply removing the shorted diode is enough to bring the disk back to life. You can test this with a multimeter—if the diode reads zero ohms, or close to it, it has indeed shorted. Keep in mind that when a diode is removed the PCB is no longer protected, so ensure that the power supply you connect to the disk is sound.

Another PCB-related item to check are the head contacts.They do corrode over time, but are easily cleaned with a rubber eraser.

The bottom line is, there are a few instances where you can attempt to recover your own data but keep in mind that ANY attempts at data recovery are risky! If the data is important, take it directly to the professionals.

I enjoy sailing and dreaming of how to build a space ship. View more posts